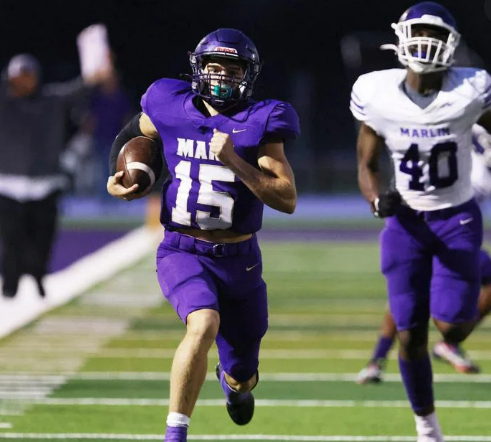 Mart's first home varsity game wasn't played as scheduled, but was a big hit regardless!  Due to trouble scheduling officials, both the JV and Varsity football games vs Marlin were moved to Mart Thursday night.  After a brief lightning delay, the JV team got rolling and conquered the Bulldogs 36-0.  Varsity was up next and quickly scored first on the kick off return.  The final score was 41-6.  It is estimated that approximately 2600 spectators were in attendance to watch the games Thursday night.  The next home varsity game is Friday, September 9th vs Italy at 7:30pm.